Ameliorating Dualisms in the Educational Philosophy of Disability

Chair:
Maura Striano, Director of the Center for Active and Participated Inclusion of the Students, University of Naples Federico II 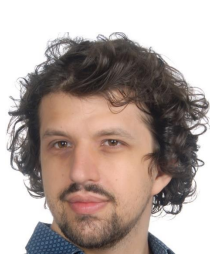 Assistant professor at the Department of  Ethics of the Institute of Philosophy, University Wrocław, Poland. He co-edits a new book series with Brill, “Philosophy as a Way of Life: Text and Studies,” which organizes new  translations, as well as putting out new studies. His first single authored monograph is on the nature and role of the associated philosophical life (as distinct from philosophy as a discipline): Intercultural Modes of Philosophy, Volume One: Principles to Guide Philosophical Community (Brill, 2021). His work has appeared in journals such as the Portuguese Journal of Philosophy, Philosophy and Theory in Higher Education, Eidos: A Journal for Philosophy of Culture, Syndicate Philosophy, the Philosophy of Education Yearbook, Dewey Studies, and The Journal of School and Society. He has also co-edited and contributed to collections such as Rorty and Beyond (Lexington Books, 201) and Contemporary Philosophical Proposals for the University: Toward a Philosophy of Higher Education (Palgrave Macmillan, 2018).

ABSTRACT
In this paper I lay the groundwork for our discussion by demonstrating how dualisms in the philosophy of disability—and in the history of philosophy more generally —have serious ramifications for the treatment of alternative abled/disabled persons. In particular, I explore
Edouard Séguin’s (1812-1880) reconstruction of the category of “idiocy” (a concept that was used for what we now distinguish as variety of physical and developmental disabilities, or ways of experiencing the world) and its intensification and deployment in the United States.I argue that in the dominate European philosophies of the late eighteenth and early nineteenth centuries, idiocy was an untreatable and rather unimportant form of deviancy, one rooted in the mind/body dualism inherited from modernity, where “idiots” lacked reason (minds). Séguin’s influence in, and eventual emigration to, the United States, coupled with a series of discontinues shifts in American thought due to a rapidly shifting social/political landscape, intensified and deployed idiocy as a significant and concerning problem. By
exploring the period around the end of Micha Foucault’s History of Madness and that touches the beginning of James W. Trent Jr.’s critical work on idiocy in America, Inventing the Feeble Mind, I trace the unique way in which the dualisms of idiocy were contested and reestablished in the United States. I conclude by exploring the legacy and promise of Seguinian and pragmatic conceptions of disability/ability to overcome continued dualisms in the philosophy of disability. 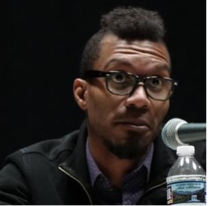 Professorial Lecturer in the Department of Philosophy & Religion at American University. Flowers’ research areas include African American intellectual history, Japanese Aesthetics, American Pragmatism, Philosophy of Disability, and Philosophy of Technology. His current research focuses on the affective ground of experience, identity, and personhood with a specific emphasis on race, gender, and disability as felt orientations in and towards the world. Flowers also works in the areas of Science and Technology Studies and Comics Studies where he applies insights from American Pragmatism, Philosophy of Race, and Disability Studies to current issues in human/computer interaction, artificial intelligence and machine learning, and representations of identity in popular culture. His first monograph, Mono no Aware as a Poetics of Gender is forthcoming from Lexington Books in 2022.

ABSTRACT
In this paper I set forth the groundwork for understanding how a Deweyan account of experience can have expanded implications for philosophy of disability and the philosophical investigation into how disabled persons “have” a world of experience. In particular, I explore John Dewey’s transactionalism and the ways that it structures experience as a dramatic movement between stability and precarity through the ways in which an organism is in the environment. I argue that Dewey’s attention to the organism as a relatively stable pattern of action in combination with the transactionalism described above can provide a starting point for re-thinking the ways in which disabled bodies, minds, and experience are incongruous with a world organized around the able-bodied subject as a default; and, in doing so, seek to demonstrate that disabled transaction with the world can be understood as one of the many possibilities of nature made actual through transaction with the world. I conclude by presenting a “crip pragmatist framework” as a mode of analysis that not only attends to questions of accessibility, but questions of how disabled bodies “have” a world in and through their disability. 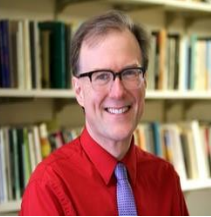 Professor of Philosophy and Associate Dean of Academic and Student Affairs at the University of South Carolina Lancaster. He is the author of Making Morality: Pragmatist Reconstruction in Ethical Theory (Vanderbilt 2003), the forthcoming William James and the Moral Life: Responsible Self-Fashioning (Routledge 2022), and articles on John Dewey, William James, and pragmatist moral philosophy. He is currently working on a pragmatist approach to disability and wellbeing.

ABSTRACT
In this paper I develop a pragmatist philosophy of disability that supports a vision of transformative and inclusive disability education for the 21st century classroom. The normative core of this philosophy is John Dewey’s conception of democracy as a moral ideal which requires constructing communities that nourish the growth of individuals through their contributions to shared communal values. The democratic moral ideal presupposes a relational account of the human being whose capacities for growth depend on rich integration between biological, psychological, and social features of life. Accordingly, pragmatism offers a holistic disability philosophy that overcomes unhelpful dualisms such as that between medical and social models of disability. The Deweyan democratic ideal also incorporates the social constructivist insight that categories like “disability” are value-laden and created for a variety of social purposes. Advocates of an affirmational conception of disability as something to be celebrated rather than eliminated demonstrate well the socially constructed nature of “disability.” Such advocates constitute what Dewey calls “publics” which are democratically organized groups created to address injustice and harm. The paper demonstrates the power of pragmatist disability philosophy by demonstrating its positive implications for disability education. The University of Naples seminar presentation of this paper will highlight the connections of pragmatist disability philosophy to social constructivist accounts. It will examine the extent to which disability status is like or unlike other social categories of marginalized groups such as race and gender.